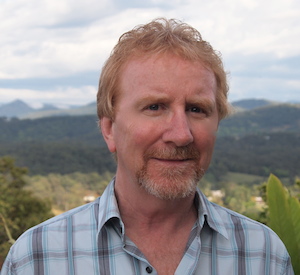 Dr MacGeachy studied medicine at Edinburgh University between the years 1976 to 1982. During this time he met and married his wife of 30 years, Marissa and emigrated to Australia in 1983. He initially worked in Rockhampton Base hospital then moved into General Practise at Tugun  on the Gold Coast where he has been since 1987.

He has always had an interest in anti-ageing and natural medicine and has been using Bio-Identical hormones since 1998.  He is considered a leader in this field and has a wealth of experience relating to this topic.

“It has always made sense that if we could tailor the hormonal dose to each individual woman by performing blood tests and prescribing the exact bio-identical molecule in correct dosage this would be the most appropriate way to treat menopause and pre-menopause.”

Dr MacGeachy is a member of The American Academy of Anti-Ageing Medicine and has gained much of his knowledge and expertise through not only clinical experience but also plugging into the teachings suggested by the American Academy.

He has over 2000 women who attend his clinic for treatment of hormonal imbalances relating to menopause and pre-menopause. His patients are mostly from Queensland  and New South Wales but also come from as far a field as Dubai,United Kingdom, USA, New Zealand and New Caledonia.