Dr. Daniel F. Royal weighs in on the benefits of Progesterone. 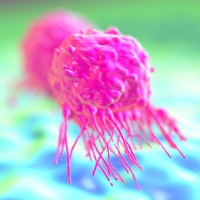 There seems to be a common misconception among physicians and patients that all hormones are the same.  Of course,   this is not true, but it shows the pharmaceutical propaganda machine is working. The basic difference between chemical   hormones and natural hormones is that one has side-effects and the other does not. This is because side-effects are a   property of drugs not foods. Consequently, it follows that hormones obtained from natural food sources, also known as   “bio-identical hormones,” do not have the same negative effects associated with synthetic hormone drug products.

People who eat spicy foods daily may reduce their risk of death by as much as 14%.

Chili peppers are abundant in capsaicin, a compound that is associated with antioxidant and anti-inflammatory properties. Emerging evidence also suggests that it exerts beneficial effects on the gut microbiota.

Levels of progesterone may correlate to verbal memory and global cognition, among women who were newly postmenopausal.

Posted on None in Men’s Health Hormone Replacement Therapy Testosterone

New study finds that testosterone supplementation enables a reduction in the risks of major cardiovascular events, such as strokes, heart attacks, and death.