When Ivana Daniell was in her mid-40s, she began to notice her body changing. ‘I was becoming bloated and puffy and my energy was non-existent,’ she says. Disheartening for any woman, but for Ivana it was serious; she runs a Pilates and body conditioning studio for athletes and for people needing rehabilitation after injury – and looking well and fit is essential to her livelihood. 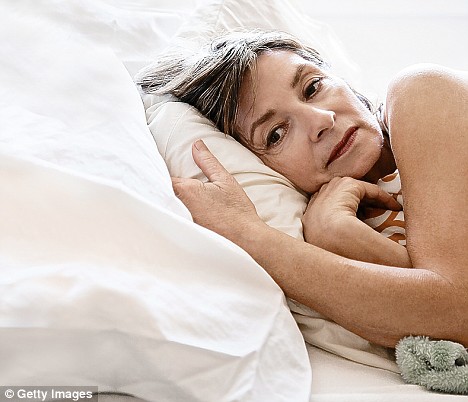 Tough choice: Millions of middle-aged women use natural HRT. But is it a scam?

‘The most likely explanation seemed to be that I was moving into the menopause,’ she says. But this presented her with another problem. ‘HRT was just not an option. After what had happened to me when I went on the Pill – nausea, headaches and a vanishing sex drive – there was no way I was going to start taking extra oestrogen in this form.’ That was ten years ago and now Ivana is a remarkably sleek and fit 55-year-old. And it’s all thanks, she says, to a new form of HRT.   Not only is this new HRT said to be more effective in treating menopausal symptoms, but it’s also said to be safer. It contains the same hormones found in regular hormone therapy, but they come in a subtly different form known as ‘bio-identical’ – which means they have been chemically manufactured to be the same as the ones your body was making until it reached the menopause. Conventional HRT, on the other hand, uses hormones that are slightly different from the ones found in the body and are designed to achieve the same effect as the body’s hormones. It sounds like a subtle difference, but, in fact, this is supposedly what makes bio-identicals safer and more effective. Ten years ago, bio-identical hormones were offered only by a few specialised clinics around the world, as everyone believed conventional HRT to be safe and effective. 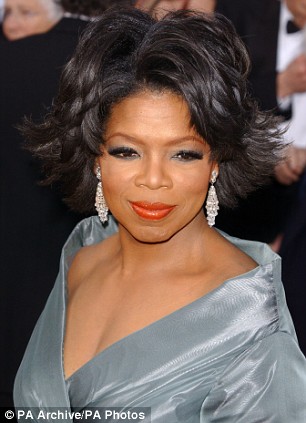 Star: Oprah Winfrey is a fan of natural HRT

But this all changed after 2002 when a major study linked HRT to a much higher risk of breast cancer and heart disease. Following the study, called the Women’s Health Initiative, the use of conventional HRT in America and Britain dropped by around 50 per cent. Many experts later said the study was irrelevant to most women. ‘It involved women over 60 who had been oestrogen- deficient for ten years so they were more at risk to both cancer and heart disease than a woman taking HRT at the beginning of the menopause in her early 50s,’ explains Dr Sarah Jarvis, a spokesperson for the Royal College of GPs. Yet many women were not convinced and, put off using HRT altogether, they began searching for alternatives. In America, millions are now using bio-identical hormones. In fact, a third of women being treated for menopausal symptoms are on bioidentical hormones, according to a report in the New York Times last week – the same number as those taking conventional HRT. Identicals recently received a huge boost after influential chat show host Oprah Winfrey said she swore by them. However, medical opinion is divided. Indeed, some senior doctors accused Oprah of being irresponsible for giving her support to the treatment. And only last month the American Medical Association was prompted to declare that ‘there’s no credible evidence that other hormones, socalled bio-identicals, are safer than traditional oestrogen and progesterone products’. Other doctors, including some in Britain, are more persuaded by bioidenticals and believe they should be readily available. At the moment, few patients or medics here have heard about them (although they are also used widely in France). So what exactly are bio-identical hormones? Conventional HRT works by replacing women’s two main sex hormones – oestrogen and progesterone. What many women don’t realise is that the replacements you get are not exactly the same as the versions your body was making before. For instance, because the oestrogen in widely-used brand Premarin comes from the urine of pregnant mares it contains forms of oestrogen normally found only in horses. The replacement for progesterone that comes in regular HRT is known as progestin, which has a slightly different chemical structure from the natural hormone. It is also well known to affect the body differently and has been linked with a number of damaging sideeffects, including coronary artery spasms and an increase in fats in the blood. Bio-identical hormones are manufactured from plants, especially Mexican wild yams and soy, to be chemically the same as the hormones your body makes. The appeal of this is easy to understand. ‘Replacing the oestrogen that your body is no longer producing with the versions found in conventional HRT is like replacing parts designed for a Chevvy with those made for a Mercedes,’ says Dr Jonathan Wright, medical director of Tahoma Clinic, Washington. ‘They may be almost the same, but with both engine parts and biology, very precise measurement matters.’ women believe bio-identical hormones are safer because they are made from plant sources. In fact nearly all replacement hormones, both bio-identical and the ones in regular HRT, come originally from plant sources (although Premarin comes from horse urine). It’s not the source that is the key, but how the chemicals are tweaked in the lab. Although bio-identicals seem very new, they have been around since the Twenties and Thirties, explains Dr Erika Schwartz of the Bio-identical Hormones Initiative in New York, an organisation that trains doctors in their use. But drug companies can’t take out a patent on compounds found in nature, so often they make versions that are slightly different to get a licence. ‘Bio-identicals were pushed out of the picture by the more profitable versions produced by the drug companies,’ says Schwartz. But do bio-identicals actually work? Last February, a major review of more than 200 studies on bioidenticals in the Postgraduate Medical Journal concluded that they were more effective and had greater health benefits than regular HRT. ‘Many physicians state there is no evidence they are safer,’ says the author Dr Ken Holtorf, ‘but the medical literature clearly shows they are highly effective and have some distinctly different, often opposite, physiological effects to regular HRT.’ One doctor, whose clinical experience chimes with this study is Dr Marion Gluck, a private GP in London who has been prescribing bioidentical hormones for 20 years. She was the doctor who treated Ivana Daniell. ‘Many women like her aren’t comfortable with the sort of oestrogen used in HRT,’ she says. ‘Some get relief from herbs or diet, but in Ivana’s case that didn’t work very well – but bio-identicals made a big difference.’ Others are far from convinced by this ‘natural’ HRT. ‘There is absolutely no evidence that bioidentical hormones are any safer,’ says Dr Sarah Jarvis . ‘People assume they are because they are more natural, but plenty of natural things can be very harmful.’ One thing that worries experts is the idea that bio-identical hormone treatment can be tailored to the individual woman’s particular hormone deficiencies.

Women are usually given a blood test first to check their hormone levels. This information is used to make up an individualised prescription, often in the form of a cream (as with regular HRT, bio-identical hormones come in a variety of forms, including pills, patches, pessaries and lozenges) to build up the levels of hormones that are low.

It’s a personalised service that’s not cheap – it costs several hundred pounds for a detailed consultation plus the cream. And it does not make medical sense, explains Dr Nick Panay, consultant gynaecologist at Queen Charlotte’s and Chelsea Hospital in London. ‘It is not possible to work out the level of hormones to give, based on a blood test,’ he says. ‘First, because your levels fluctuate-all the time and second because you can’t predict what a person needs from the test result.’ He is also concerned about making up creams for individuals. ‘These are unregulated products that haven’t been tested for safety or effectiveness.’ However, Dr Panay does support the use of licensed forms of bio-identical hormones. And as he points out, you can get these on the NHS. There are patches or creams containing a standard amount (not tailor-made) of the hormone oestrogen and progesterone. ‘That’s the most effective route,’ explains Dr Panay. ‘It gets directly into the blood stream, so you need much less of it.’ Brands include Estrogel, Estraderm and Hormonin. He believes that these approved bio-identical hormones ‘should be regarded as part of HRT’. The problem is, few doctors know about these treatments. ‘The crisis of confidence in HRT after the study showing the cancer risk has meant there has been a lack of promotion and education. But these licensed bio-identicals should be one of the options available,’ says Dr Panay. ‘For a healthy woman coming into menopause, one very good option would be a bio-identical oestrogen in patch form together with a bio-identical progesterone pill.’ (A progesterone patch is not thought to be as effective as an oestrogen patch.)

However, he offers this caveat: ‘We just don’t know yet whether damaging effects will show up in the long term with bio-identicals. Trial results look encouraging at the moment, but we lack the data to say so definitely.’

Ivana Daniell is not concerned. ‘So far, the long-term effect for me is that I look much younger and I feel great,’ she says. ‘I’m very healthy, I have regular check-ups to make sure there is no sign of cancer in my breasts and that my heart and bones are fine. Why should I stop?’

When HRT was first developed, one of its key selling points was that it protected women against heart disease. While studies have since proved that it does not have this protective effect, bio-identical versions might – and could even help protect women against dementia. The key is progesterone. With conventional HRT, there’s little emphasis on boosting progesterone – it’s oestrogen that’s the real focus. In fact, progesterone (which is given in its chemical form, progestin) is included only to protect the womb, because taking oestrogen alone raises the risk of womb cancer. However, in the past 18 months there’s been new evidence from a French study to suggest that a bio-identical form of progesterone might also protect against breast cancer and heart attacks. Some French researchers believe progesterone might also lower your risk of dementia. ‘Oestrogen and progesterone both have a protective effect on brain cells, unlike progestins,’ says Dr Michael Schumacher, of the Kremlin-Bicêtre hospital in Paris. ‘There’s also some evidence that progesterone helps boost the activity of the gene needed to clear the plaque that is a sign of Alzheimer’s.’ Dr Nick Panay, from Queen Charlotte’s and Chelsea Hospital, and other menopause experts agree that bio-identical progesterone seems to have significant benefits over the progestins that British women are getting in HRT. The good news is that a bio-identical form of progesterone, called Uterogestan, has been licensed in the UK in pill form. ‘Having a progesterone pill marks a big change,’ says Dr Panay, ‘as it delivers a more effective dose than a patch.’