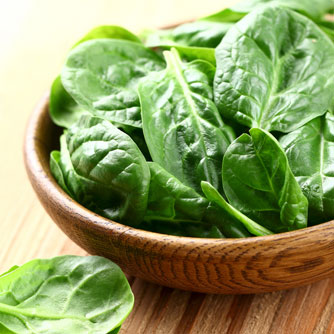 Chlorophyll-containing membranes present in the chloroplasts of green leaves, thylakoid are found abundantly in spinach. Previous studies have reported that thylakoids supplemented with a high-fat meal can affect cholecystokinin (CCK), ghrelin, insulin and blood lipids in humans. Charlotte Erlanson-Albertsson, from Lund University (Sweden), and colleagues enrolled 15 men and women in a study in which the participants consumed a concentrated thylakoid preparation each morning. Subjects reported that the compound seemed to make it easier to forego snacking between meals.