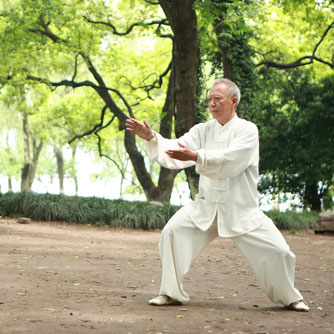 A form of mind-body exercise that originated in ancient China, tai chi combines slow motion exercise and mind concentration to focus on movement. Xianglan Zhang, from the Vanderbilt University School of Medicine (Tennessee, USA), and colleagues studied data collected on over 61,000 middle-aged and elderly men in Shanghai, China. Researchers tracked their health and lifestyle for more than five years: nearly 22,000 participants reported that they exercised at least once a week, and the rest were considered non-exercisers. Factoring in the men’s age, health conditions and whether they smoked, exercise was tied to a 20% lower likelihood of dying. Similarly, whereas 6.2% of the nearly 10,000 men who practiced tai chi died during the study, after adjusting for confounding factors the team found they were 20% less likely to die than men who didn’t exercise. Further, the researchers observed that men who walked regularly were 23% less likely to die during the study, and men who jogged were 27% less likely to die. The study authors write that: “The present study provides the first evidence that, like walking and jogging, practicing Tai Chi is associated with reduced mortality.